As early as 1847, a German Quartette Society existed in Houston and it is believed that members of this group may have founded The Houston Saengerbund on October 6, 1883. Although there is no known record of the founding members, the 1886 officers were Charles G. Heyne, President, Carl Suhn, Vice President, Adam Meiser, Secretary, Carl C. Zeus, Treasurer and Julius Rolke, Librarian. In all probability these were the men to whom we are indebted for the formal organization of the club. According to an old newspaper article, the first formal meeting occurred on June 1, 1884. Twenty four singers and fifty non-singers were listed as members. 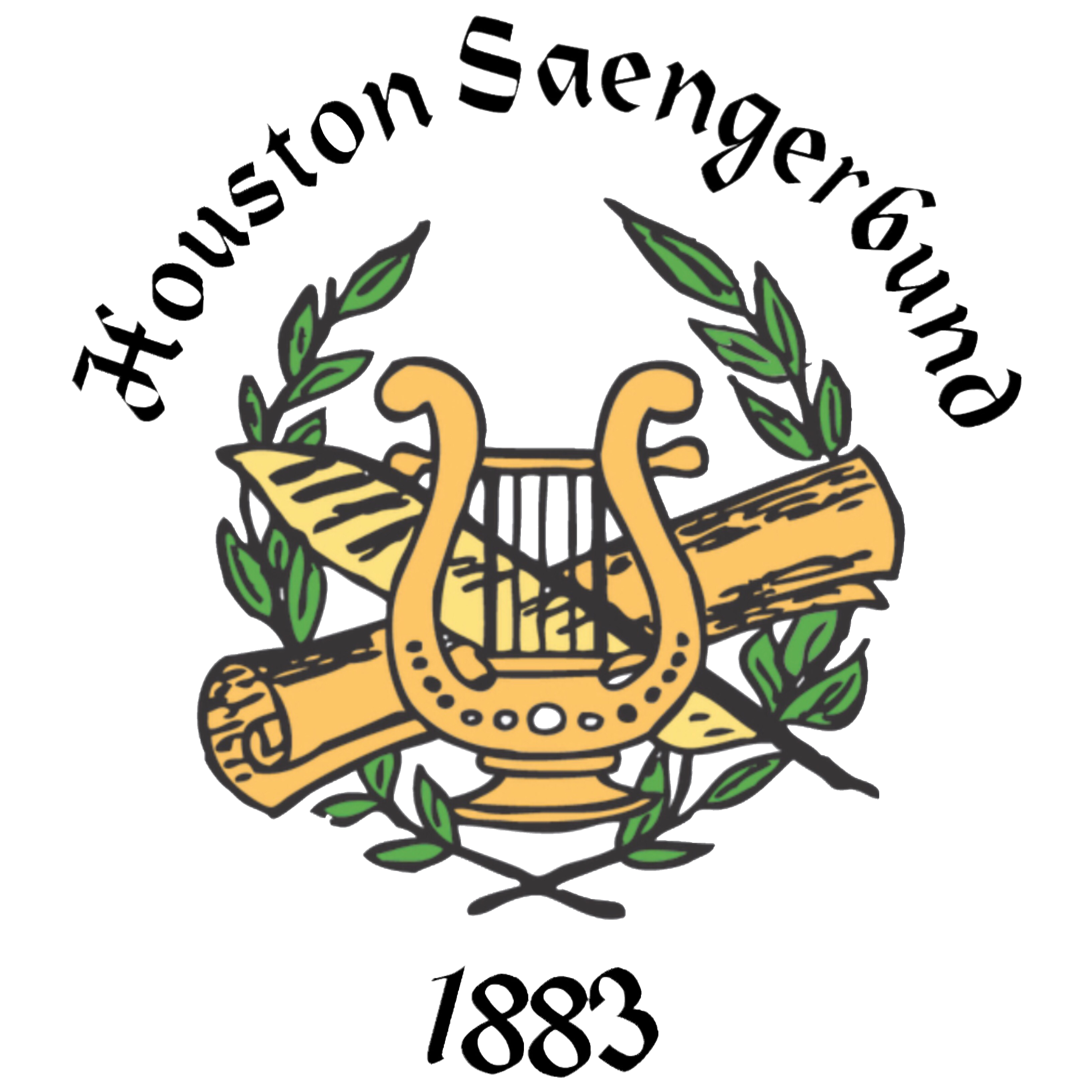 In 1879 two delegates, but not a singing group itself, from a Houston Maennerchor of the city’s Turnverein (organized in 1854) appeared at the annual Saengerfest of the Deutsch Texanischer Saengerbund (DTSB) held that year in Austin. The first such event in Texas was hosted by New Braunfels in 1853 at which German choirs from that city, Austin and San Antonio participated. Represented by thirteen singers, it performed on this occasion as a triple quartette under the direction of a Professor G. Duvernoy.

It can be speculated that the above group was the forerunner of The Houston Saengerbund, for the group’s first home was Turner Hall, the headquarters of the above mentioned Houston Turnverein. The club changed locations frequently in its early years. In 1887 the club moved to a building at 31 Main Street, at which it also operated an English-German school with Professor Carl C. Zeus as principal. In 1890 the location had changed again to Dumier Hall.

Many German immigrants came to Houston in the early 1900’s and it was natural that they were attracted to the Saengerbund. During this period up until just prior to World War I, the membership grew tremendously, supposedly to over one thousand. After the outbreak of the war however, this trend reversed, but the membership remained large and active enough to support a men’s chorus, a concert orchestra and a theater group.

In the early 1920’s the Saengerbund acquired the Milby Hall, where a Swiss Chorus was organized under the leadership of Robert Kirmse. In addition to numerous concerts by the German and Swiss groups, movies were shown on Sunday afternoons followed by dancing. The dance music was usually provided by Leona Kirmse Beck, Sylphia Kirmse Busse and Elisabeth Janke. In additions to the dance pavilion, the facility contained a bowling alley, a bar, a library, an upstairs lounge for the ladies and two pool rooms. Mr. and Mrs. Bechthold worked there as live-in attendants, while Mr. Bechthold took care of the bar and Mrs. Bechthold was in charge of the kitchen and dining room.

Membership began to decline in the mid 1920’s and eventually the Milby Hall had to be relinquished. A smaller place downtown was rented, followed by several more locations, until Frank Mendel loaned the club enough money in 1935 to purchase the property on Feagan Street near the intersection of Heights Boulevard and Memorial Drive. A hall was constructed and the property was home to the club for the next seventy years. 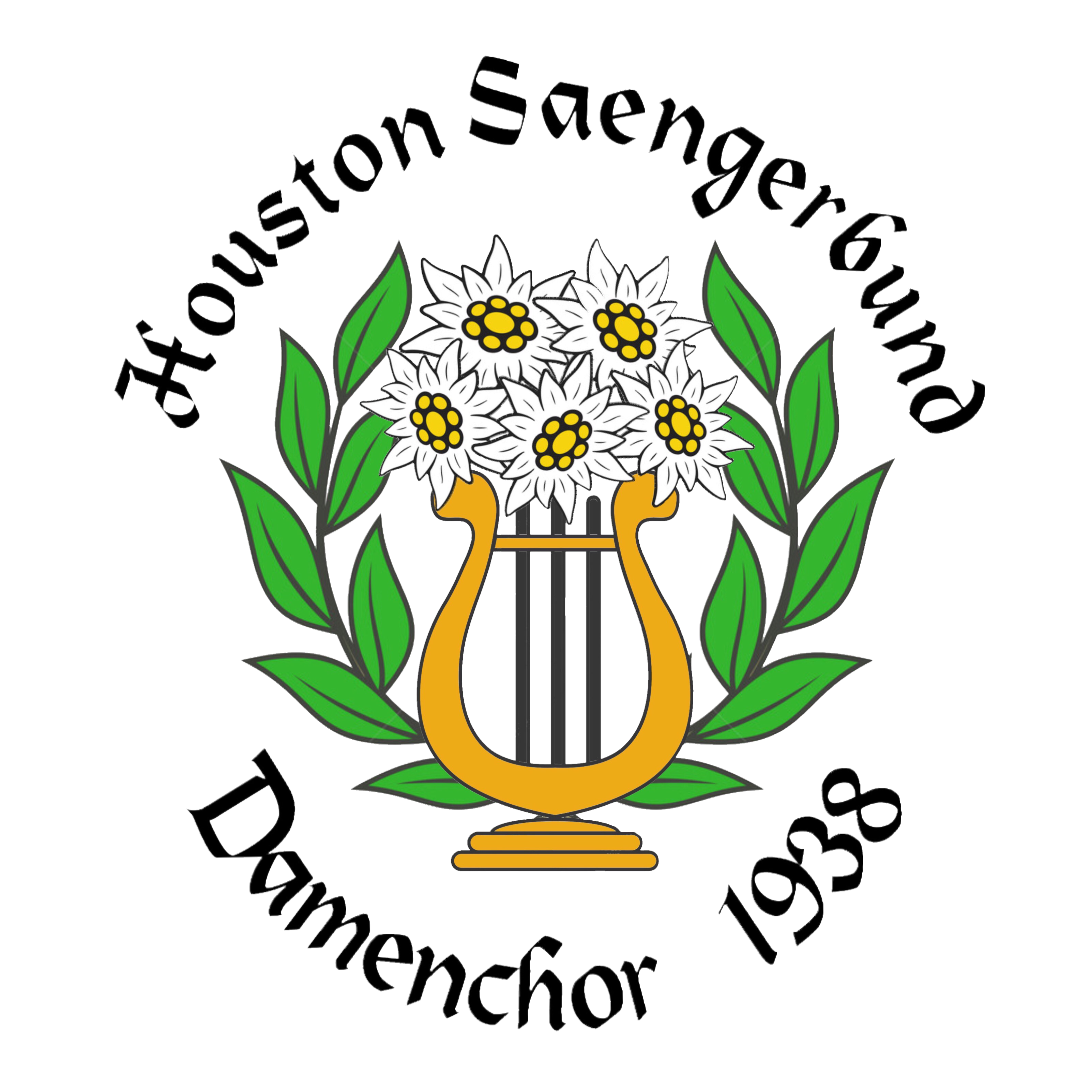 A three day celebration marked the club’s 75th anniversary in 1958. The festivities included a Friday evening dinner, a Saturday night dance and the Sunday singing program. The club hosted the annual Saengerfest in honor of its 100th, 110th and 120th anniversaries in 1983, 1993 and 2003. A Ladies Auxiliary begun in 1937 and a Damenchor was founded in 1938. They were eventually phased into full membership and a mixed choir begun in 1987.

In June 1989, Rodney Koenig, then the archivist of The Houston Saengerbund, approached Pat Bozeman, Head of Special Collections at the UH Libraries about the possibility of donating the historical records of The Houston Saengerbund. The delivery of the records occurred approximately in July of 1989. Dr. Ted Gish, Professor of German at the University of Houston facilitated the meeting between Koenig and Bozeman.

In 2004, due to high maintenance costs and the enormous increase in property taxes because of its desirable location, the Feagan property was sold. Some years prior, due to declining membership, the main hall had been leased and turned into a restaurant that became the well known Bavarian Gardens and later the Black Forest. The Saengerbund built and moved to a smaller hall next door.

Since the sale of the Feagan property, The Houston Saengerbund was fortunate to find meeting space at the site of another historic Houston group, the First Evangelical Lutheran Church at Holman and Caroline in Midtown. This congregation is the oldest German Protestant Congregation in the city having been organized in 1851 as the first German Evangelical Lutheran Church.

In 2011, The Houston Saengerbund and the Houston Liederkranz combined choirs to achieve a full sound and to provide opportunities for members of both clubs to socialize, while each club keeps its identity. Since then The Houston Saengerbund is renting space at the Liederkranz Hall on Ella Boulevard. They look forward to many more years of celebrating German culture and fostering Gemütlichkeit among their members and guests.

For a few years, The Houston Saengerbund rented a room at the Liederkranz Hall, but decided in 2015 to go back to First Evangelical Lutheran Church, where they were welcomed back with open arms. The Houston Saengerbund sings at the yearly State Saengerfest with other State choirs from Austin, Dallas, New Braunfels, San Antonio and Houston at a two-day festival every year. They perform at concerts, at the Bellville Fruehlingsfest, the Round Top Summer Music Festival at Festival Hill, at several Oktoberfests and do Pub Crawls and Christmas caroling. To give back to the community and to promote and preserve the German language, culture and music, The Houston Saengerbund partners with organizations, groups and schools who cultivate the furtherance of German culture right here in Houston as well as throughout Texas. The members are looking forward to a bright future with many more years of celebrating German customs and fostering Gemütlichkeit among their members and guests.